Faces and Places : 20 baroque and folk-rock pop gems from the golden era

This is a homemade comp of 60's and early 70's popsike and folk rock beauties. All of the tracks are ripped from my private collection.
I don't own the copyrights to these songs, the sole purpose of this compilation is to share music.

Philadelphia outfit who recorded one LP for the mythical Vanguard label. Though the record is a mixed bag, it is great throughout and features this lovely moody uptempo number.

Passing Clouds were a west coast outfit that released their lone album on the Los Angeles based Pete Records, and it’s a genuine unsung popsike masterpiece.

This Washington band had a relatively long career (1966-1975) though they never recorded an album. They did at least 4 singles, including this dreamy sunburnt beauty. They were at some time managed and produced by Don McKinney (Don & The Goodtimes).

Although they were produced by the likes of Terry Melcher and Larry Marks, little is known about this Long Beach band who recorded several singles for Columbia in the mid-60’s, including this weird bubblegummy beauty.

Often described as a comedy act, this folk-rock band also had songs of the highest order, especially on their 2nd album which was produced by the great Jerry Ragovoy.

Dave Marshall and Scott Newell were Detroit cats who recorded at least two singles at the end of the 60’s. This one’s their second and was only released in Europe on the Belter label. A great environmental song with an addictive melody and clever though discreet arrangements.

They were a typically east coast bubblegum creation of songwriters Paul Vance and Lee Pocriss, supported by singer Ron Dante. They hitted big with “Tracy” and recorded a whole LP of mostly original compositions in 1969, of which we extract this delicate mid-tempo promenade reminiscent of “Everybody’s talking”.

Rejoice! was the alias of California folk singers Tom and Nancy Brown. They recorded this charming LP with Steve Barri as a producer, using star musicians like Hal Blaine and Larry Knechtel.

This was Rose Garden’s second and final single after their hit “Next plane to London”. This fine folk rock song is written by Kenny O’Dell (he delivers his own – cheesier- version on his “Beautiful people” LP).

Though he’s best known for his 70’s ouput and the hit “Avenging Annie”, I think this Harvard Chap’s 1st LP is his best. “Shiny Susie”, an epic and mischievous piece, is here to testify.

No introduction necessary for this marvellous Houston band. They were one of the grooviest mid-sixties rock’n’roll bands but they’re also responsible for this popsike masterpiece.

File under : forgotten masterpiece. This L.A. based sextet recorded one great LP for the cult VMC label, strongly reminiscent of  the best moments of bands like Buffalo Springfield, The Association or Left Banke. They also recorded “Helpless is a feeling” as a single (b/w “Travelin’ salesman”) and did a last one (“Friends Of Unequal Parallel”) before disbanding.

This L.A. band was created by late 60’s Love members and recorded two wonderful country-rock LP’s, which had their share of sunshiney melodies and lush arrangements. This track is one of their first LP’s many highlights.

Wilkin used to be Ronny with the fabulous Daytonas and he cut a first solo effort in 1970. It’s a weird one in a “Cocaïne cowboy” kind of mood but this particular song written by one mysterious Jane Leichardt is a baroque pop beauty that wouldn’t sound out of place on Love’s “Forever changes”.

NYC guy who used to play with the Quadrangle (“She’s too familiar now”) and did a lone solo single the same year (1966). It seems it took some years for him to record his solo effort. It was worth the wait, as it’s an excellent and mellow singer/songwriter album with a light pop sensibility, which explains its inclusion here.

Palo Alto hippie trio who did a magnificent LP with jazzy tinges.

West was the brainchild of famed musician and songwriter Ron Cornelius and they did two great folk rock albums in the late 60’s. It appears all band members were credited for the songwriting and drummer Lloyd Perata wrote this smooth perfection of a song, which is graced by Cornelius’ stratospheric guitar licks.

This L.A. trio included Bob Ray (of “Initiation of a mystic” fame) and recorded one LP in 1968, and it’s a terrific set of all-original baroque pop songs, though some strings were added without band members consent. We chose to include this moody beauty as a perfect ending song.

This is a homemade comp of 70's fave songs. All of the tracks are ripped from my private collection.
I don't own the copyrights to theses songs, the sole purpose of this compilation is to share music.

What a way to start this comp... With the almighty Boys, who cut two 45’s on Outrage Records before signing with cult Kansas label Titan and cutting more power pop greatness. “I’m not satisfied” is the b-side to their first effort on Outrage and it’s a sublime instant classic worthy of the Who’s first tracks or the Undertones’ “Teenage kicks”.  Read more about their fascinating story HERE.

Baltimore’s 70’s legends Hollins Ferry released one colourful LP in 1977 on the obscure Port city Label (which oddly also released an album by the great soulman Reuben Bell in the 80’s). You can watch a few live clips from the 70’s on youtube, including a couple of non-lp tracks.

No introduction necessary ! Emitt Rhodes released this exciting anti-war single in 1972 just before his last LP.

This cool Bee Gees-esque song has already been comped on Fading Yellow but this french version is slightly different and somehow a little “wilder”.

The Names were an Illinois band who made a sole self produced single in 1977 with a cool picture sleeve. Both songs are great but we chose to include the gripping a-side.

This canadian band has recorded more than 20 albums and is still touring since its creation 45 years ago. Though they’re often dismissed as an arena hard rock band, they did a fine LP in 1975, “stand back”, which was rewarded by platinum sales. Some of the tracks there are pure 70’s magic.

Sweet Rolle was led by the late great Ron Gardner (ex Wailers) and released this exciting unique single in 1970.

Originating from Tulsa Oklahoma, they moved to Memphis where they recorded the very first LP on the cult Ardent Records label. Though famous to the power pop crowd for their Who-ish “Feel alright”, their LP had a subtle country-rock flavour, as exemplified in this track.

This San Francisco band formed by ex-Flamin Groovies members did this fine Cyril Jordan-produced folk-rock single in 1976. The A-side is a Moby Grape cover. We strongly recommended you get Got Kinda Lost's anthology of the band HERE.

This Long Island band was formed by ex members of the Blues Magoos and the Illusion, alongside with the great Alessi Brothers who reached fame in the late 70's. They released two fine LP’s on Atlantic Records, the first of which was produced by no other than Ahmet Ertegun and includes this laidback delicacy.

The Flame were a south african band who caught the attention of Carl Wilson in england to such an extent that he produced their self titled LP in 1970 and released it on the Beach Boys’ Brother Records label. Blondie Chaplin and Ricky Fataar were soon to join Wilson’s band.

Exhilarating flipside to their monster “rock’n’roll lover”, this band hailed from Detroit and released a few great organ driven 45’s on the aptly named Chaos Records.

Cross Country is a band that included ¾ of the Tokens. They recorded a sole LP in 1973 which sounds like a cross between CSN & White album era Beatles, as exemplified with this epic closing track.

Led by Brad Love, Aviary released a sole LP in 1979. Don’t let the hideous cover scare you away, this ELO-meets-Sparks kind of record has some very nice moments, like this “Puddles” graced by clever string arrangements.

The Sidewinders were Andy Paley’s first band, and their sole LP from 1972 is a perfect blend of stonesian r’n’b and pop refinement.

This enigmatic Long Beach band did a very nice LP of Sparks-like power pop with tinges of soft-rock. Their other claim to fame is their cameo in Brian De Palma’s “Carrie”, where they play “Education blues” at the prom. “Scream bloody robbery” was also released as a single.

Better known as Don Grady, our man was a TV actor and musician who was briefly a member of Yellow Balloon. He released a gorgeous solo LP in 1973 in the Singer/songwriter vein of which we extract this superb and quite depressing ballad Don’s passing in 2012 makes even more painful.

A Memphis legend, Van Duren did some great recordings in the 70’s, as a solo artist or teaming with Tommy Hoehn. He’s still active today. 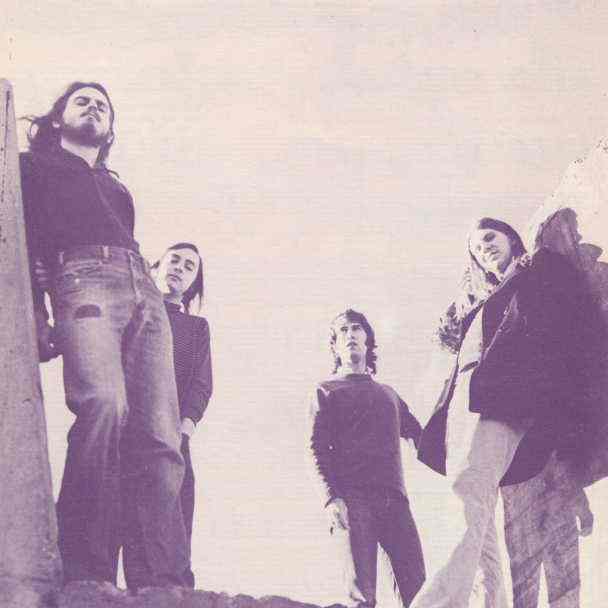 4. New Riders Of The Purple Sage – All I Ever Wanted (From self-titled LP 1971) San Francisco, CA

10. The Youngbloods – Sunlight (from the LP Elephant Mountain 1969) Marin, CA

12. Eastfield Meadows – Helpless Is The Feeling (from self-titled Lp 1968) CA We're proud to present this comp dedicated to the 60's works of Brian Ross, unique producer and a great contributor to The Music Machine sound, among many other lesser-known great bands. 8 – Pentagons – About the girl I love

20 – Cast Of Thousands – Girl do what you gonna do 1 - Giant Crab - It started with a little kiss

7 - The Hassles - Every step I take every move I make

11 - The Soul Survivors - Expressway (to your heart)

14 - Daze Between - Every little raindrop

Fine set of 60's dreamy (yet not psychedelic) garage tunes !!!

3 – The Knights Of The Road – Do you really care

5 – Carol With The Omens – September

11 – Friends Of The Family – Blue boat makes me sad

New downloadable comp : Haunters from all over the world !